Most story ideas don’t come to me whole and complete but are cobbled together from several incidents and thoughts. Slayers is that way. The first incident happened when I was fifth grade and had just moved to Silver Springs, Maryland. All the adults there were quite excited because this was the year that the cicadas would emerge from the ground after remaining dormant and hidden for 17 years. The next door neighbor happily explained to me that this was the cicadas’ way of avoiding predators. Since they only emerged every 17 years, predators couldn’t depend on them as a food source.
A brilliant adaptation, I might add, for an insect that isn’t smart enough to avoid accidentally flying into your hair.

I remember finding a lot of hollow cicada skins that summer, because cicada’s also shed their skin. Ahh, there’s nothing nicer to find hanging from your bedroom windowsill than a creepy, hollow bug skin. 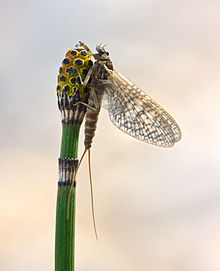 But anyway, the point to all of this was that as a child I immediately picked up on what the adults seemed to have missed in the cicadas’ amazing return from the underworld. If bugs could (sort of) hibernate for nearly two decades in order to give themselves a natural advantage, why couldn’t other species do it too? Maybe there were animals with such long life cycles we just hadn’t caught them emerging yet.

I grew up on Godzilla movies and so had a strong and deep rooted fear that dinosaurs might one day show up and start smacking buildings around and eating screaming Japanese people—or worse yet: eat me. 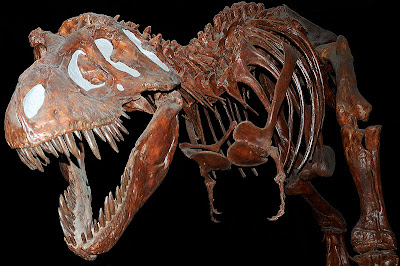 No one knew what had caused the extinction of the dinosaurs and I was surprised that no one had come up with my theory. They weren’t really gone. They were just hibernating. Waiting until there were lots of yummy fifth grade girls around to chomp on. And there were probably some eggs buried under my house!!

The nice thing about childhood fears is that you can use them later in your novels. Nothing is ever wasted when you’re a writer.
The next piece that added to the Slayers plot was my own clumsiness. I will sometimes wake up in the morning and notice bruises or scratches and I have no idea how or when I got them. My husband is understandably amazed by this phenomena. He’ll say things like, “How can you not realize it when you hurt yourself? Were you with your body all day yesterday?”
Apparently not. Writers are like that sometimes.
I got tired of my husband’s comments so I started telling him, “While you sleep at night, I secretly go out and fight dragons.” 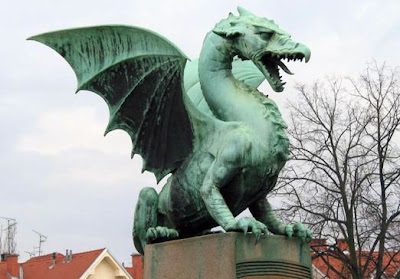 And then because I have a writer’s brain I wondered what it would be like to fight dragons. Viola, the beginning of a plot.
Posted by CJ Hill at 8:17 AM

Email ThisBlogThis!Share to TwitterShare to FacebookShare to Pinterest
Labels: They still could come back . . .

Cool, its always nice to learn how an author comes up eith their stories, and your is so interesting! I can't begin to tell you how much I loved SLAYERS!

You are awesome, Shelby!