Kids and a restaurant, never a good combination 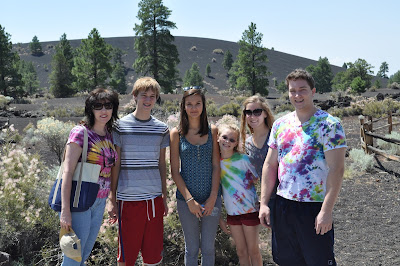 We don't go to sit down restaurants very often. Last week, I was reminded why.

We took our four at-home-kids and temp kid, French foreign exchange student, out to a restaurant called The Crazy Cow. I will have to do a blog sometime about bad restaurant names, and The Crazy Cow will definitely be on that list. When my husband suggested the place, I said, "Should we really eat somewhere that basically has mad cow disease in the title?"

The restaurant turned out to have great food, so you can't always judge a restaurant by it's name (just like that whole judging a book by it's cover thing).

The only table that was big enough for all of us was off in a dining room without other patrons. This turned out to be a good thing. After my kids ordered, they were immediately bored. Oldest son picked up a half and half creamer, ripped it open, downed it, then reached for another. I calmly explained that the condiments on the table weren't appetizers and told him to stop.

Eldest son then picked up another creamer and bet everyone at the table he could turn it into butter. I calmly explained that shaking only worked on cream, not creamer. No matter, he and youngest daughter both sat there shaking creamers.

Younger son got up from the table and went poking around the waitress station to see if they had any crackers there.

I told him that the waitress station wasn't a salad bar, and he couldn't go poking around random places for food. Then I  pointed out that there was a camera in the dining room which the waitresses probably used to check on the diners. (I really hope it wasn't recording video that will subsequently show up on some reality show about bad patrons,)

Younger son, unrepentant, told me that if the waitress was watching, maybe she would hurry with our food. He took three jam packets and a torn piece of straw wrapper and tried to simulate a shell game.

My husband moved the condiments away from the children.

Oldest son then squished his straw wrapper into a small ball, then added drops of water to it. The thing grew and slithered like a miniature trash snake, amusing the children so much that they all repeated this feat with their straw wrappers.

I threatened the children with scenarios that involved my husband and I moving to another table and pretending we didn't know them. Most of the children were thrilled with this idea until I clarified that they would be paying for their own meals.

My sons then used their silverware, the salt and pepper shakers, and one of the shaken-but-not-turned-to-butter creamers to form their own version of table hockey.

The French foreign exchange student is probably quite impressed with American families. We are awesome examples of good manners.

At that point I made a pact with my husband that for the rest of the children's lives, should we need to buy food from a restaurant, it will have to be a drive through.

While we played "I spy..." for an hour at a restaurant last night, I thought of you. :)

Wonderful content=) I am going to require a good amout of time to think about the job..
downtown la wedding venues